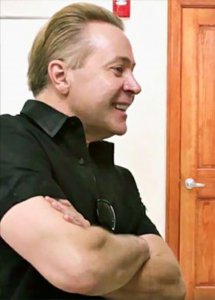 Mark got his start at Sound and Vision Media back in 1972 when it was called E.S.S. Productions/Euphoria Sound Studios of Revere, Massachusetts. It was founded by his mentor, father figure, and former business partner, the great Howard Alan Cook. Howard, through his company, Euphoria Sound, recorded musical artists such as Phish, Tracy Chapman, and hundreds of other well known New England musical groups.

Mark oversees every project with a high level of enthusiasm, passion, and dedication to his clients. He enjoys interacting with his clients and turning their ideas into trustworthy scripts. He always follows through every step of the way. Mark Helms is a well known and respected veteran throughout the New England and Boston Video production community.

Mark’s original television programs and productions have played around the globe, streaming on networks like A.M.C., Amazon Prime, and The Travel Channel (United Kingdom). He has produced 7 Pay Per View special programs so far. 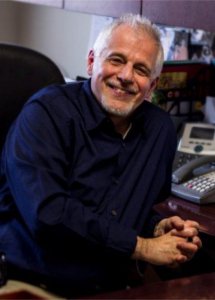 With a background as a musician, Chuck is “in-tune” with production. In the early years, Chuck and his bands often recorded songs with Howard Cook at Euphoria Sound Studios. Fast forward to 1995; Chuck approached Howard and his new partner, Mark Helms, looking for a position in the audio department at their new E.S.S. Productions video company. Mark offered Chuck an internship as a video editor instead. Analog editing on the old tape formats was a thrill. Hearing those multiple video decks clicking into pre-roll, preview, and recording drew Chuck into the business of video.

It wasn’t long before Chuck became a part of the day to day studio business operations. They knew that the business was in good hands while they were away from the office.

When fellow Sound & Vision Media team members have a question, they go to Chuck.

Eileen Barkley Estrich has been managing the company books since 1997. Her attention to detail is astonishing. Eileen handles billing, accounts receivables, accounts payables, and… on a monthly basis, she will reconcile down to the penny. In addition, Mark and Chuck ask her for support with company payroll, banking, and insurance. Eileen’s background as a newspaper editor is an invaluable asset, as she thoroughly reviews documented communication with clients for typos, grammar, and syntax. Eileen makes sure that for every staff birthday there is a cake waiting in the conference room. In case you didn’t know, she is also a horse racing aficionado. 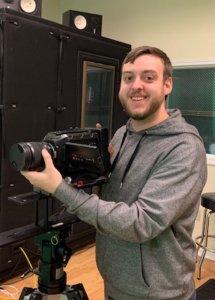 Kevin was bitten by the video bug in high school where he created a short film and several music videos among other projects before graduating and then studied Digital Video Production in college, honing his skills in all aspects of the video production process. After graduation, he worked freelance before finding a home at Sound and Vision Media. He now works as an Editor and Camera operator here at the studio. 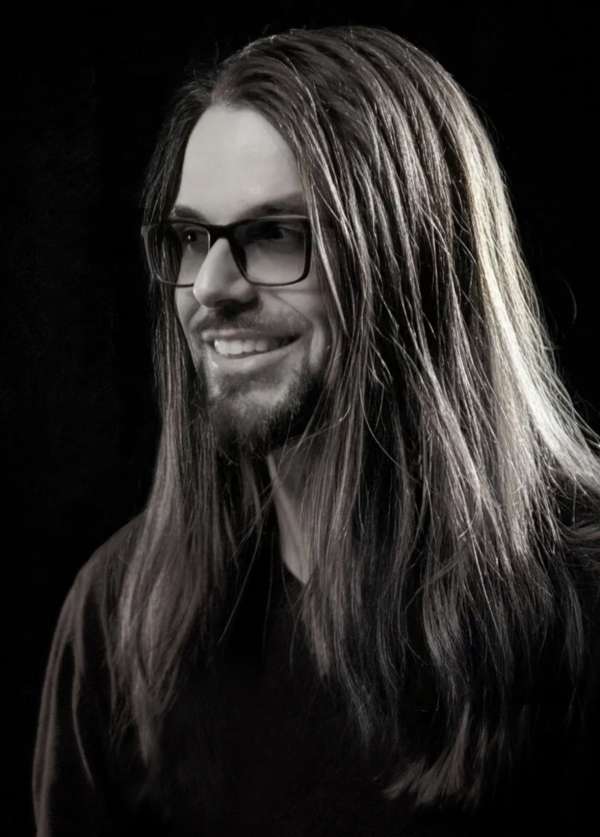 Mike is an Adobe certified content digital creator and Unsplash photographer based in Boston. Multidisciplinary designer he is also skilled in retouching, branding, and web development. Thanks his recent admission to the Adobe world-class Campus he is bringing new techniques in the editing and color grading tasks. He has been a designer for Scene Magazine and Style Boston TV. As well as being the owner of MIKEADV, he is currently working side by side with Sound and Vision Media. 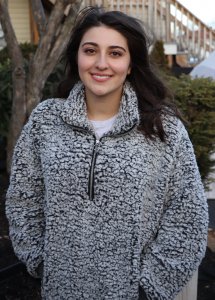 Growing up making short films with her friends, Gianna taught herself how to produce on Final Cut Pro and Adobe Premiere. She started as an intern and quickly gained a position building projects at Sound and Vision Media. Gianna loves a challenge, is highly creative, and also an incredible team member. With a passion for photography, she continuously applies her set of skills to ensure the best outcome of each project in the company. 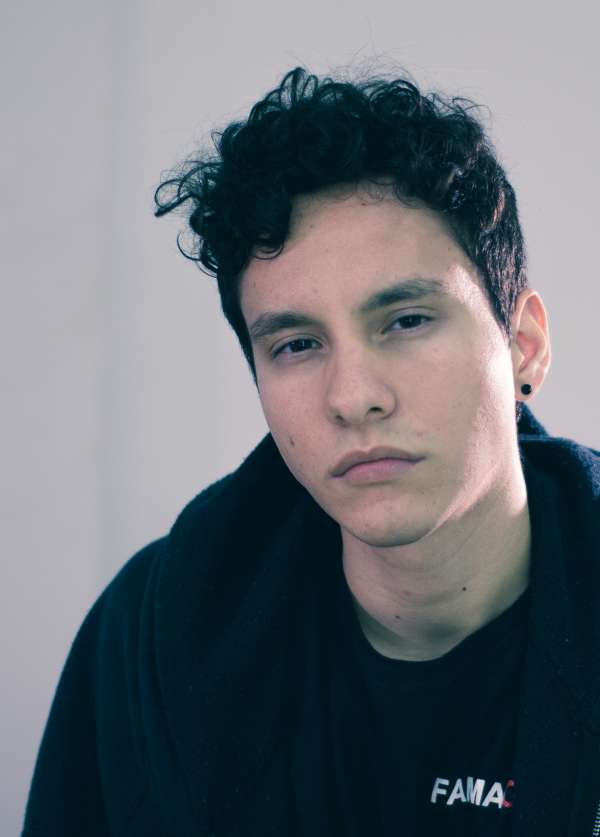 Alejandro believes in images and sound as the best medium to communicate ideas and emotions. He is a creative videographer, post producer and green screen specialist, who treats every project like a symphony, with attention to detail, storytelling and special care on manufacturing a product that speaks personally to whoever is watching. Abroad, he studied Audio Visual Communication and started his career directing music videos and promotional material for public speakers and politicians, now he is part of the Sound and Vision Media family. 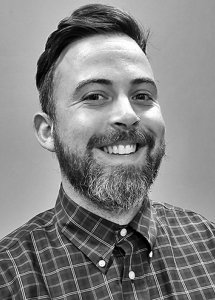 A graduate of Salem State University, with a B.S. in Advertising, Michael has 9+ years of experience in video & video editing. With a strong background in freelance videography, Michael has since become a member of the SAV team, going on two years as one of the company’s main shooters & editors. Michael also specializes in audio engineering, with expert knowledge of such software as Premiere Pro, After Effects, & Pro Tools.

Our team is composed of exceptionally talented and skillful professionals. Their passion is giving people the best video production here in Boston. When it comes to video production, we guarantee our clients that we can give them the best production possible, bringing all of their ideas to life.

Creativity has, and will always be the main or key component in order to obtain results in the digital world. We need to create something fresh and unique to not become or be branded as “boring”. People have become so keen to judge all that they see and that is why we need to take things up to a whole new level. Every time we get a new project, we are setting new standards for the industry and ourselves.

Our team has various skills that are improving every single day. We have been producing marketing videos and television advertisements for approximately three decades now. Sound and Vision Media will guide you through each phase of the video production process, from providing video scripting services to generating videos with our full-size green screen at our in-house studio. Call us today to learn more at (781)284-9707! We hope to work with you soon!

Curious about our Video Production Services?

Our Green Screen Studio is fully equipped with everything needed to make your next production a success. With green screen, there are so many more possibilities that open up to make your production as creative and unique as possible. Green screen lifts any limitations that you may have had for your production. You should never settle for anything but the best for your company so why restrict yourself?

Sound and Vision Media Does it All!

We do it all. Whether it be tv commercials, marketing video production, live streams, webcasts, etc. We have years of experience in making every form of video production a success. Even if video production is not what you are looking for, thanks to our adobe professional, and owner of MIKEADV, Mike Miranda, we also provide graphic design, web design, and web development services. Call us today to find out more about what we can do for you! We look forward to hearing from you!