Something BIG is coming to your TV screen!

All of this occurred last Thursday as Boston’s best video production company, Sound and Vision Media of Boston, Ma. We don’t have the authorization to tell you what the final broadcast quality motion picture or television commercial or series is. We do know that it highlights some of the best people in the entertainment business today! Chris Neville is absolutely one of the best casting directors and acting coaches in Boston and New England. Chris Stein is a man on the move making big waves in Hollywood, Ca.

Jordan Tofalo is an award-winning actress who was recently starred alongside Lenny Clarke in the hilarious independent film Dirty Ober and also starred alongside comedian Steve Sweeney a star of films, Like “Me Myself and Irene” with Jim Carrey, “Bleed For This” and “Sweeney killing Sweeney” just to name a few.
So it seemed like a star-studded afternoon here in our Boston Green Screen studios at Boston’s Sound and Vision Media. We look forward to seeing more A-List stars at our studios in the near future!

If you are in need of any video production you have come to the right place! Follow in the footsteps of the stars such as Jordan Tofalo and come down to Sound and Vision Media. Our green screen studio opens he door for so many different opportunities to create that perfect video for you and your company. with over 35 years of experience, there is no company better in the Boston area. Give us a call today! 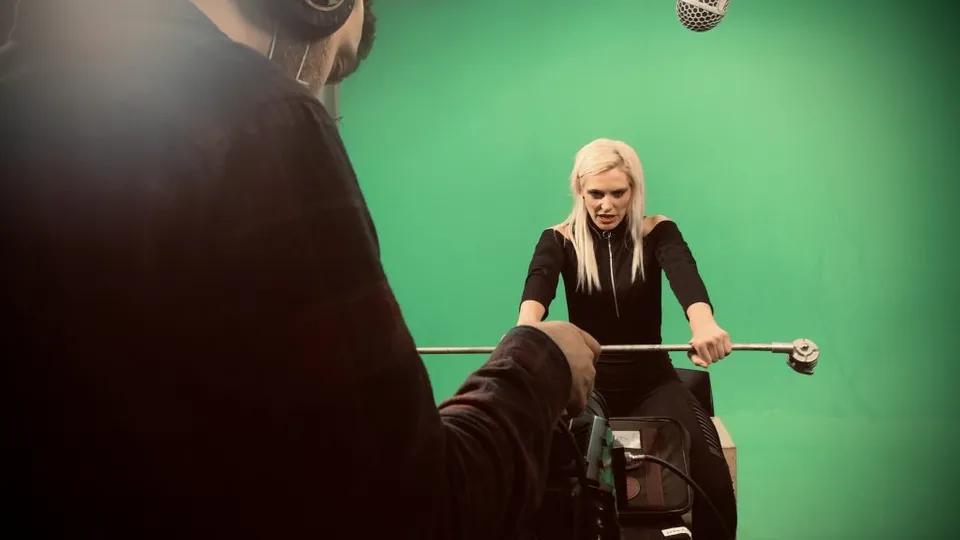